Home / Insights / Leadership / Listen: The Art of Dealmaking, with Jeff B. Cohen

Listen: The Art of Dealmaking, with Jeff B. Cohen 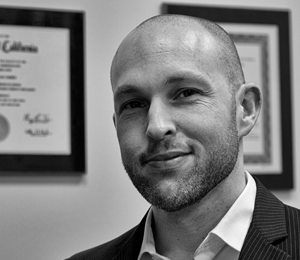 On this week’s episode of The Innovation Engine podcast we discuss effective dealmaking – why it’s an important skill for anyone in today’s business world, why asking yourself “So what?” when you’re stuck can be a powerful tool, and how to go about understanding the different angles influencing the outcome of a deal.

Joining us to discuss all of those topics and more is Jeff B. Cohen, the author of The Dealmaker’s Ten Commandments: Ten Essential Tools for Business Forges in the Trenches of Hollywood. Jeff is a co-founder and partner at Cohen Gardner LLP, a Los Angeles-based entertainment law firm.

Jeff has been named to Variety‘s Dealmakers Impact List and its Legal Impact List. He has written numerous articles on topics including business, technology, and entertainment matters for CNBC, the Huffington Post, Backstage, and Lawyerist, among others. Jeff got an early introduction to the mechanics of Hollywood deal-making as a child actor, playing the unforgettable Chunk in the classic 80s film The Goonies.

Some highlights from this week’s episode include:

Interested in hearing more? Tune in to the full episode of the podcast via the SoundCloud embed below.