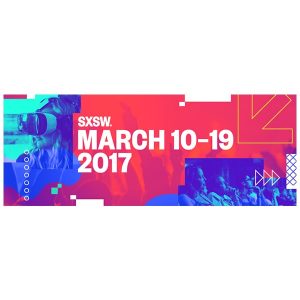 This episode of ‘Take 3’ takes us to Austin, Texas ahead of SXSW 2017, the annual tech conference which runs from March 10 to March 19 this year. Seyla Seng and Will Sherlin join us to talk about their upcoming trip to SXSW 2017, including what they’re hoping to get out of the event and information on some of the talks they’ll be attending during the week.

Seyla and Will will be in Austin for the Interactive portion of the conference, which runs from March 10-14. They will be soaking up talks on a wide range of topics including machine learning, artificial intelligence, design sprints, and much more. In true SXSW form, the pair plans to create original audio and 360-degree video documenting what they’re seeing at the conference.

Interested in hearing more? Tune in via the SoundCloud embed below.

Seyla Seng is a Business Development Executive at 3Pillar Global. He held several leadership roles at United Press International, including serving as Chief Revenue Officer for almost 2 years, before joining the 3Pillar team.

Will Sherlin is the Sr. Manager of Digital Marketing at 3Pillar Global. In addition to overseeing all of 3Pillar’s digital properties, marketing campaigns, and social media accounts, he hosts The Innovation Engine podcast, which has been downloaded more that 70,000 times to date and is available on iTunes, Stitcher Radio, and SoundCloud.

Julia Slattery is a Marketing Content Specialist for 3Pillar Global in our Fairfax office. She manages content for 3Pillar’s web properties, hosts 3Pillar’s ‘Take 3’ podcast, and assists with the production and editing of a wide variety of audio, video, and written content. She holds a BA in Writing, Rhetoric, and Technical Communication from James Madison University.