Take 3, Scene 24: The Influence and Evolution of Blockchain, Part 2 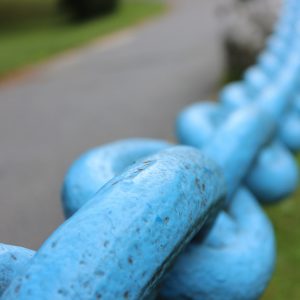 On this episode of Take 3, we’re joined again by Michael Lisse and Derek Tiffany to hear their fresh insights from the Consensus Blockchain Summit in New York City. Michael and Derek had joined us prior to the summit to discuss how blockchain has evolved since its onset and how it has influenced the financial industry. Michael talked about what he was expected and hoping to see from the Summit, and Derek looked at the impact of blockchain from a technical perspective.

For this episode, they have both come back into the studio for a debrief on Consensus, a look at the way blockchain has shifted industry focus beyond the financial, and a discussion around the evolution of blockchain and what the future of this might look like.

Interested in hearing more? Tune in to the full episode via the SoundCloud embed below.

Listen to Michael Lisse and Derek Tiffany discussing blockchain post-Consensus and how they see the technology evolving going forward. Click To Tweet

Michael Lisse is a Senior Client Partner for 3Pillar Global. Michael is responsible for superior service to a range of clients within the Financial Services industry. This includes large and mid-size business services providers and innovators within the banking, investment management, and insurance industries.

Derek Tiffany is a Technology Manager for 3Pillar Global with expertise across multiple technologies, including Microsoft .NET and Java frameworks. His specialties include mobile development, enterprise application, and framework integration.

Julia Slattery is a Marketing Content Specialist for 3Pillar Global in our Fairfax office. She manages content for 3Pillar’s web properties, hosts 3Pillar’s ‘Take 3’ podcast, and assists with the production and editing of a wide variety of audio, video, and written content. She holds a BA in Writing, Rhetoric, and Technical Communication from James Madison University.