How to Build Habit-Forming Products, with Nir Eyal 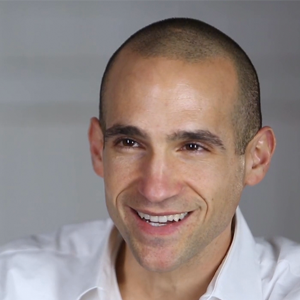 On this week’s episode of “The Innovation Engine” podcast, we look at how to build habit-forming products. Among the topics we cover are the 4-step process to building products that keep users coming back, the difference between external triggers and internal triggers, how the scarcity heuristic and the endowed progress principle can be used to drive intended behaviors, and how “the 5 whys” method of questioning can be used to truly get into the mind of a product’s intended user.

Nir Eyal, author of the recently released book Hooked: How to Build Habit-Forming Products, joins us to discuss all this and more. Nir’s “Hook Model” of building products is the basis for Hooked, which debuted on the Wall Street Journal best-seller list. The book also made several 2014 “best of” lists, including being named one of the best business books of the year by Goodreads and the best marketing book of the year by 1800CEORead. Nir posts frequently at www.nirandfar.com, and among the outlets for which he writes frequently are TechCrunch, Forbes, and Psychology Today. Nir has co-founded 2 start-ups, including AdNectar, which was funded by Kleiner Perkins. In addition to his writing, Nir is a frequent speaker at industry conferences and for Fortune 500 companies.

Here are just a few of the highlights from this week’s podcast with Nir Eyal:

Interested in hearing more? Tune in to the full episode of the podcast via the SoundCloud embed below.