In my previous post on understanding data for analysis, I described the common approaches for the analysis of single variables. In this post, I’ll summarize the common approaches for analyzing the relationships between multiple variables in your data. Why is an analysis of the relationships important? Let’s start with a paradox.

An intriguing effect is sometimes observed when the analysis of single variables leads to a trend that reverses or disappears when the variables are combined or the effect of confounding variables are taken into account. In the fall of 1973 at UC Berkeley, there were allegations of gender bias in the graduate school admissions. It was observed that men had a 44% admission rate against 35% for women, a difference that was unlikely to be caused by a random anomaly.

Additionally, Python libraries, such as NumPy, account for corrections from small sample sizes. Covariance is interpreted as:

Covariance is rarely used in summary statistics because it is hard to interpret. By itself, it does not provide a sense of how much the two variables vary together, but only their ‘direction’ (if you consider each series to be a vector). The unit of Covariance is also confusing because it is the product of two different units. Pearson’s Correlation divides the Covariance with the product of the standard deviations of both series resulting in a dimensionless value.

Sx, Sy are the standard deviations of the X, Y series respectively. Standard Deviation (σ) is a measure of the spread of the distribution.

Crosstabs (short for cross tabulations) are counts of the intersection of two categorical variables (while Covariance and Correlations hold true for continuous variables). For example, if you have two categorical variables – X with values (1, 2, 3) and Y with values (‘A’, ‘B’, ‘C’), a crosstab will be a 3×3 matrix that counts the number of times each value occurs together in the data set.

Crosstabs are suggested only when you suspect a relationship between two categorical variables as the matrices can become large and hard to analyze.

Pearson’s Correlation is misleading in the face of non-linear relationships between the variables and if the variables are not normally distributed. It is also susceptible to outliers. Spearman’s Rank Correlation corrects for these effects by computing the Correlation between the ranks of each series. The rank of a value in the series is its index in the sorted list. The computation of the Spearman’s Rank Correlation is more expensive than Pearson’s Correlation because it involves sorting the two series or computing the ranks by index hashing. The formula is the same as Pearson’s correlation, but the series X, Y are the ranks of the values in the original series. This is best explained with a table – follow the colors to see the value to rank transformation: 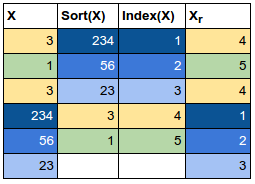 The formula can be expressed as:

Are we there yet?

It helps to have some domain knowledge of the data set as you can use this knowledge to avoid calculating correlations for known relationships and detect spurious correlations as well. This data set, however, is small enough to compute a correlation matrix for all the input variables.

A correlation matrix denotes the correlation coefficients between the input variables. Let’s additionally add a dash of data visualization to the matrix so that we don’t end up staring at numbers. This is called a Correlogram.

This is what we get: 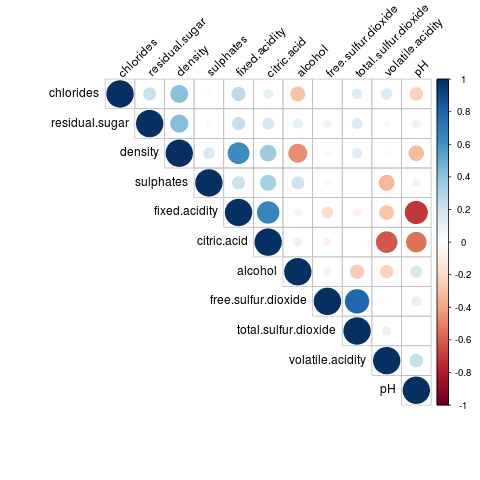 What can we decipher from the Correlogram?

Scatter Plots are a simple way to visualize the relationship between two (or more) variables. For two dimensions, they plot the location of the data point. The more correlated the variables are, the narrower a band towards which the plot tends. Scatter plots can become confusing when there are a large number of points or outliers ; hexbin plots are used in these cases. A hexbin plot divides the graph into hexagonal bins and colors each bin according to the number of points in each bin. 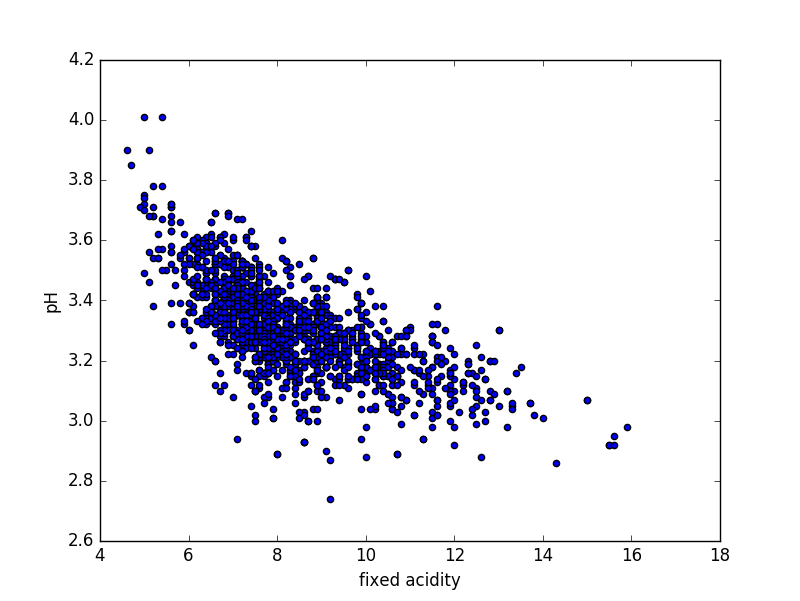 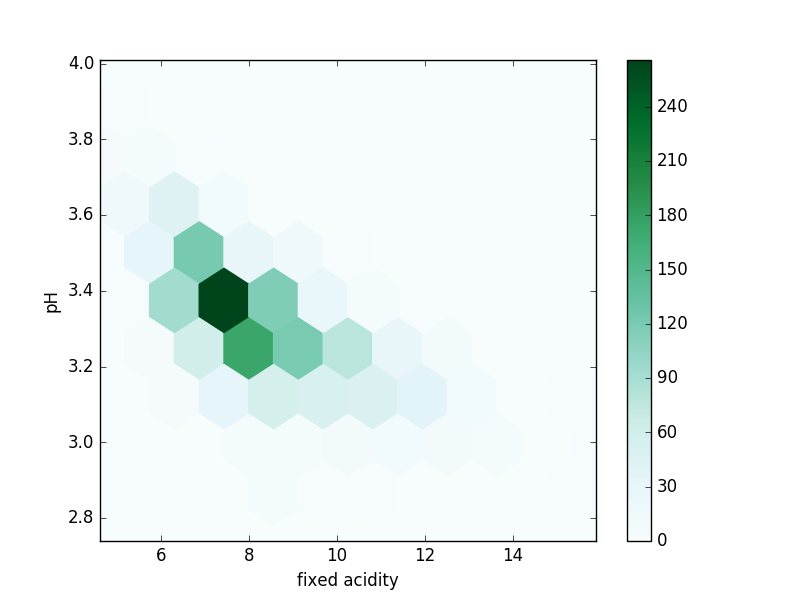 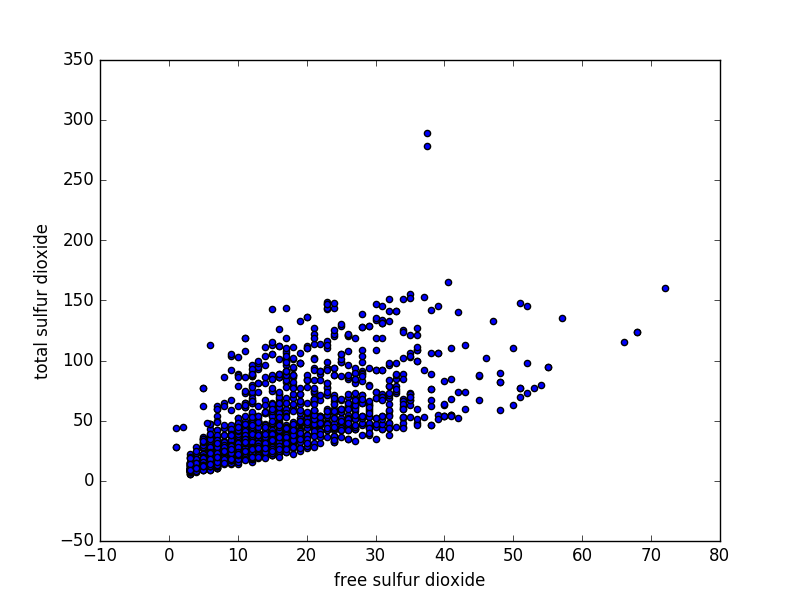 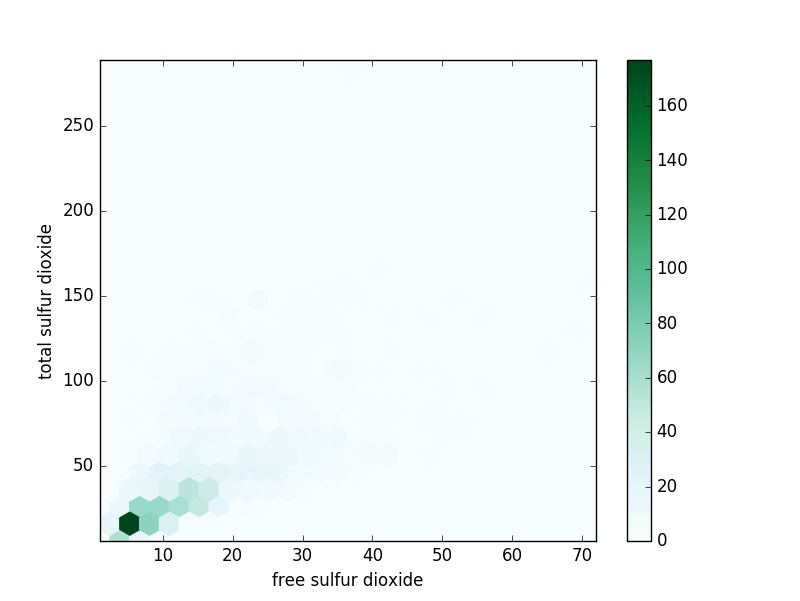 There are a couple of interesting things worth mentioning:

Single and multiple variable summaries provide you with a starting platform for a data audit strategy. You need to couple this with effective visualizations to understand your data and check for misleading summary statistics.