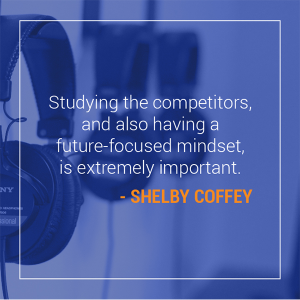 On this episode of The Innovation Engine, we’ll be looking at the evolution of media. We discuss how media companies, or any company really, can make the leap to becoming a digital-first organization, why now is actually a good time to be in the media business (despite everything you may read and hear to the contrary), and what media consumption will look like a decade from now – or our assumptions about what that consumption will look like.

If you’re interested in hearing more, tune in to the full episode via the SoundCloud embed below:


Joining us to talk about that and more is Shelby Coffey, now Vice Chair of the Newseum. Shelby has had a long and distinguished career in the news business: he was Executive Vice President at ABC News in New York, News Chief at CNNfn, Editor of The Los Angeles Times, and held editorial positions with the Dallas Times Herald, U.S. News and World Report, and The Washington Post. In 2001, he was named a Fellow of the Freedom Forum, the parent organization of the Newseum, where he has studied and written about the media and First Amendment issues.

What does a company need to thrive in the increasingly competitive media space?

Monetization for media companies is changing – how is the industry shifting, and what can companies do to adapt?