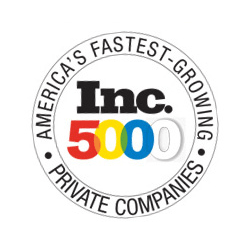 We’re thrilled to announce that Three Pillar Global has been named to the Inc. 500|5000 list of the fastest-growing private companies in the US for the third year in a row!! The list, which will be unveiled in the September issue of Inc., has Three Pillar ranked number 436 for 2012.

We, of course, don’t think we’re #436 at anything, but we won’t lose too much sleep over it since the rankings are based on percentage annual revenue growth. In 2010, Three Pillar came in at #44 on the list, and last year we were #226. It’s not that we’re slipping, it’s just that much harder to build on tens of millions of dollars in revenue.

A giant thanks go out to all the Three Pillar employees who made this award possible, and hearty congratulations to the other firms in the DC area who joined us on the list.