Home / News / “Are there Industries Influenced by AI & Machine Learning in 2017?” by Sayantam Dey Published in PC Quest

“Are there Industries Influenced by AI & Machine Learning in 2017?” by Sayantam Dey Published in PC Quest 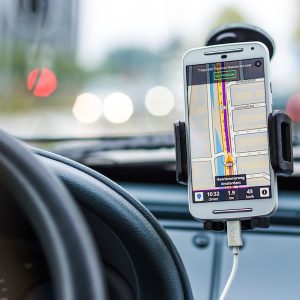 Sayantam Dey, Senior Director of Engineering at 3Pillar Global, had an article titled “Are There Industries Influenced by AI & Machine Learning in 2017?” published on PC Quest.

In the article, Sayantam discusses the different industries that have been influenced by the influx of machine learning, with some being more obvious than others. He believes that machine learning has a huge impact on many domains and functions in the following industries: financial services, government, healthcare, marketing and sales, and transportation.

The steady increase of machine learning and its influence in various industries “paints a heartening picture for machine learning to play a very real part in growing various sections of the market and to facilitate the next step in the evolution of technology-powered businesses and products,” Sayantam writes. He argues that this is simply the baseline of influence that machine learning can have on these industries, and it will steadily increase and spread to a multitude of other sectors as technology advances.

You can read the full article on the PC Quest website. PC Quest is an Indian technology publication, and a part of the Cyber Media group of publications. Cyber Media is the largest specialty media house in South Asia and among India’s top five magazine brands.

Sayantam Dey is the Senior Director of Engineering at 3Pillar Global. He has been with 3Pillar for a decade, delivering enterprise products and building frameworks for accelerated software development and testing in various technologies.