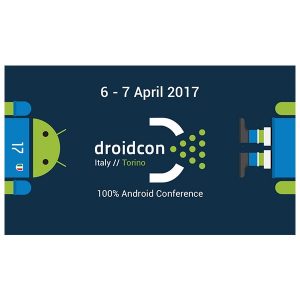 The droidcon Italy 2017 conference will be held in Turin, Italy from April 6th through the 9th. 3Pillar Global’s Andrei Boleac, Diana Sabau, Wanda Chereji, and Virgil Hangiu will be attending this year’s conference.

The droidcon Italy conference brings together Android designers, developers, UX/UI designers, marketers, and Android experts to talk about the latest topics, solutions, and applications for Android. The conference will feature two days of presentations, workshops, and networking opportunities, followed by two days dedicated to their hackathon. The hackathon will focus on Android development through the lenses of new trends like wearables, IoT, material design, and more. Participants will be tasked with building the best Android app possible within the themes provided to them.

One Response to “3Pillar to Attend droidcon Italy 2017”