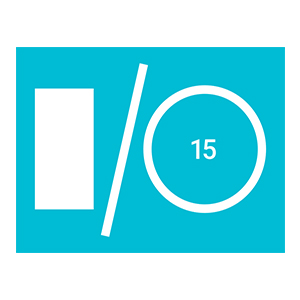 Ever the technological figurehead, Google hosted its annual I/O conference from May 28-29 at the Moscone West Convention Center in San Francisco. 3Pillar Global’s Karoly Szanto attended the conference this year.

Google I/O is an annual developer conference with various speakers, sessions, and hands-on learning experiences, as well as an opportunity for attendees to hear more about Google’s latest developer products. Sessions typically feature highly technical, in-depth focus and discussion on ways to build web, mobile, and enterprise applications with Google. I/O stands for both input/output and for “Innovation in the Open.”

The keynote address for this year’s conference was given by Sundar Pichai, Google’s Senior Vice-President of Products, on emerging Google technologies and future project forecasts for the company. Notable sessions of the conference included, among others:

There were over 100 sessions overall throughout the two-day conference.

“Taking part in this conference was a mind-blowing experience for a techie with an affinity for the Google technology stack, like myself,” said Karoly, the Technical Manager of the Telegraph Team at the 3Pillar Timisoara office in Romania, of the event. “I’ve had the chance to interact and network with people working at Google to deliver the latest innovations in the world of Android development. This was an outstanding opportunity for me to witness these innovations firsthand, as well as to gather information about the upcoming Android release. The Telegraph is a Google strategic partner, and they have managed to set up a meeting between myself and two Google employees who are maintaining their client relations. Therefore, in addition to attending speeches and tech-talks, the conference has given me the opportunity to enact a plan, with Google, for integrating the new improvements and concepts into the Telegraph app.” Karoly with the Android mascot