Home / Insights / The Power of the Corporate Why, with James Quigley

The Power of the Corporate Why, with James Quigley 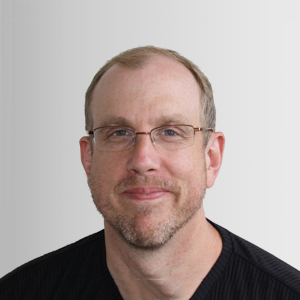 James Quigley joins us on this episode of the podcast to talk about the power of “The Corporate Why,” an idea first popularized by Simon Sinek in his TED Talk “How Great Leaders Inspire Action.”

Some of the topics we discuss include why establishing and communicating your corporate why is vital if you want to have inspired team members, how knowing what the corporate why is can fuel innovation on a product and individual level, and how Canvas is revolutionizing the way data is submitted and collected through mobile.

James Quigley is the CEO and Co-Founder of Canvas, a cloud-bases software service that enables businesses to replace expensive and inefficient paper forms with powerful apps on their smartphones and tablets. James has a long history of building successful wireless companies. Prior to Canvas, he was Vice President and Managing Director at inCode Wireless, which was later acquired by VeriSign. Other successful start-ups with which he has worked include Aether Systems, Orbcomm, and Peak Technologies (formerly a division of R. R. Donnelley).

James has won numerous awards for corporate leadership, including being named one of 2012’s Top 50 CEOs by the Center for Innovative Technology, one of the top 20 global executives in his field by CLO Magazine and the World Supply Chain Forum, and one of the top 15 DC start-up CEOs to follow on Twitter. In 2007, his team designed and delivered a mobile solution that was used for tracking deadly global pandemics, an application that ultimately won the Motorola Wireless Solution of the Year Award.

Interested in hearing more? Tune in to the full episode of The Innovation Engine podcast via the SoundCloud embed below.

You can download and subscribe to The Innovation Engine on iTunes, Stitcher Radio, or SoundCloud. You can also download the podcast’s dedicated iOS app from the iTunes App Store.

One Response to “The Power of the Corporate Why, with James Quigley”