Home / Insights / The Importance of Visual Intelligence, with Amy Herman

The Importance of Visual Intelligence, with Amy Herman 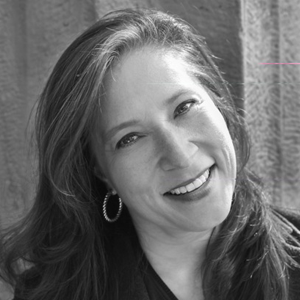 Amy Herman joins us on this episode of The Innovation Engine to talk about visual intelligence and how to see and communicate more clearly in all aspects of life.

Tune in to learn how to look at the world the way you look at a piece of art, the three questions you can ask yourself to immediately make sense of a situation, and how one word can drastically change the way we understand a situation.

Amy Herman writes about these topics and more in her latest book, Visual Intelligence: Sharpen Your Perception, Change Your Life.

Interested in hearing more? Tune in to the full episode of The Innovation Engine via the SoundCloud embed below.

Amy Herman is a lawyer and art historian who uses great works of art to systematically sharpen observation, analysis, and observation skill. She has instituted a multitude of programs to help medical students, the FBI, the State Department, Fortune 500 companies, and the military improve their observational skills so as to recognize the most pertinent and useful information. She was also the Head of Education at The Frick Collection for over 10 years, where she oversaw all of the Collection’s educational collaborations and community initiatives. Her work has been featured in the Wall Street Journal, on CBS This Morning, and on NPR.

About The Innovation Engine

Since 2014, The Innovation Engine has been publishing half-hour podcast episodes with a wide range of innovation experts on topics including technology, leadership, and company culture. You can download and subscribe to The Innovation Engine on iTunes or tune in via the podcast’s home on Stitcher Radio or SoundCloud to listen online, via Android or iOS, or on any device supporting a mobile browser. You can also download the podcast’s dedicated iOS app from the iTunes App Store.