Home / Insights / The Future of Driving: The Impact of Driverless Transportation

The Future of Driving: The Impact of Driverless Transportation 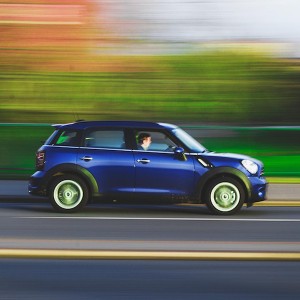 We’ve all heard about Google’s self-driving car by now, but my favorite part of innovation is to consider the indirect and longer term effects that new technologies will have. In this blog post I will apply some basic principles to envision what a future crowded with self-driving vehicles can look like.

Google and their self-driving cars get most of the press these days, but there are also prototypes of self-driving trucks out there. It’s true that the technology for trucks is more complex and it may be behind cars from a regulatory standpoint. But then consider the incentives: While most consumers have mixed feelings about self-driving cars, the trucking industry has a huge economic upside on adopting self-driving vehicles, perhaps in a simplified form (limited to highways, for instance). Even discounting the obvious (and probably notorious) teamster opposition, self-driving trucks will become mainstream before self-driving cars. You can take a look at the video embedded below to see a demo of a self-driving truck from Mercedes.

An obvious benefit of self-driving cars is the increase in capacity of the current infrastructure: Less accidents, no rubber-necking, seamless merging, keeping vehicles inches from each other. How this works when there is a mix of self-driving cars and humans driving on the same road is another question. But before you get too excited about a shorter commute, consider…

The rise of the extreme commute

Even with rising congestion levels, Americans are willing to drive further to work. How do you think that will work once the car drives itself and you can do anything else while ‘driving’ (okay, we’ll need a new word here)? Spending 2+ hours in your car every day will become the norm and real estate in outer areas will increase in value.

So your car is driving itself and now you have all this time in the car that can be put into work, social media, or anything else. Two extra hours a day to shop online – now we know why Google invested in this! This will impact the car ergonomics and configuration. Your cell phone will work seamlessly with your car to get you great connectivity onboard – think bigger data plans. Cars will be elevated to accommodate a more conventional living space: Some version of a desk, passengers facing each other, richer amenities. What about moving your coffee machine from the kitchen to your car because now you have breakfast there anyways?

Most car makers have been reluctant to adopt standards (‘open-source’) for accessories, or let other makers into the business (the ‘Made for iPhone’ program for instance). As a consumer, the alternative was to buy generic after-market gadgets which did not really fit your car. But as accesories become more important, creating an ecosystem can increase brand loyalty. What if you had a mini-fridge and a removable table for your Ford that you can take to your next Ford? And what if you had four alternatives for that mini-fridge instead of just an overpriced one?

The end of driving

Many of us grew up eager to drive a car and enjoy the feeling behind the wheel. What will happen when next generations grow up thinking of driving as an optional activity? How many of them will adopt it as a hobby? There are less and less open roads to enjoy real driving, but also – will cars support manual driving? Will you have to pay extra dollars for a car with a wheel and a set of pedals? We may end up with two different types of vehicles: People movers (without manual controls) and sport cars (for the sake of driving). While driving is more exhilarating than say, using a fountain pen, economics may take driving the same way writing with cheap plastic pens went.

One Response to “The Future of Driving: The Impact of Driverless Transportation”