The Future of Digital Payments 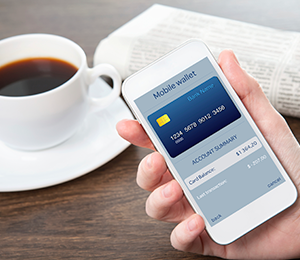 Currency exchange has seen incremental innovations in the digital sector, but with contactless digital payment mediums we have the potential to create something revolutionary.

Major financial institutions have been issuing Near Field Communication Cards (NFC cards) for contactless payments worldwide, mostly in Europe, the US, Australia, and Canada. Most smartphone companies, with Apple Pay, Android Pay, and Samsung Pay leading the charge, have taken the technology further-they’ve developed their own digital payment mediums, which not only eliminates the need of carrying a separate card, but also makes payments more secure.

The basics of all are quite similar: a user’s card details are sent over to their bank during set-up. The phone then receives a digital account number specific for that device, which is stored on a physical chip in the phone. The heightened security of these types of transactions is a major selling point and a contributing factor to increased industry adoption. A user’s card details are never stored on the phone. The only information shared with the merchant is a one-time-use token, which promotes a more secure and faster transaction. Some providers are also using biometric signatures, like a fingerprint reader, in the phone to authorize the payments, which adds to the security.

These payments are not exclusive to in-person transactions; e-commerce apps can also utilize this method.

Digital payments differ from a simple digital wallet because they are only a payment medium, not a payment intermediary. Developers would still need to integrate this into their payment systems. Most payment providers, such as Stripe, Braintree, and Paypal have already added support for at least one of these digital payments mediums with the promise of adding more.

The improvement of these payment methods will bring about the end of the two types of traditional digitised wallets: those which digitised user cards and those which maintained an e-wallet. The digitised cards cannot provide the same level of security because the companies do not control the hardware. The e-wallet, which functions by having credit added from the user’s physical card, will be made redundant with these new methods. Instead, digital payments allow money to be transferred directly between the user’s bank account and the merchant’s bank account, cutting out the e-wallet and adding a layer of security to the entire process.

Adoption throughout the real world will take some time because merchants need to install NFC card readers. However, Samsung is developing a solution for older hardware to make this transition easier. Samsung recently acquired LoopPay, which is a software that copies the magnetic stripe signature of a card and emulates that field from a phone, thus allowing the phone to interact with any magnetic strip reader. Currently, the software does not support terminals requiring a chip-based card, but Samsung is looking for a solution. If the company manages to provide compatibility with all types of card readers, then it could completely disrupt the industry and dramatically increase adoption rates.

Much like any developing technology, digital payments can be further improved upon. The introduction of blockchain technology, combined with digital payment methods can have a huge impact on this industry sector. Not only would this bring about an added layer of security to transactions, but it would also drastically decrease fees compared to those of market leaders like Visa and MasterCard. This change to the industry could bring about an entirely new way of buying and selling goods worldwide.

The industry is already looking towards a consortium blockchain where the blockchains are partially decentralized and the consensus process is controlled by pre-selected nodes operated by regularised financial institutions. With this, hashes of the blocks can be made public with cryptographic proof of some parts of the blockchain state, while participants involved in the transaction get complete read permission. If you’re interested in reading more about blockchain technology, see this article I recently wrote about blockchain and its role in the digital payment industry.

Adi Chikara is a Client Partner for Media & Entertainment industry at 3Pillar Global, helping companies compete in the digital economy. He works with 3Pillar team members throughout the world to build revenue-impacting digital products.

Prior to joining 3Pillar, Adi held key research and consulting roles in European Union-funded researches. In the private sector, Adi has served in various product & technical roles at Reuters and multiple Startups. When he is free from creating world-changing products you can find him at the local motor race tracks breaking lap records.

One Response to “The Future of Digital Payments”