If you are looking at intuitive software testing automation solutions, then Ranorex is a product worth trying. The GUI test automation framework of Ranorex is just about what you need to carry out professional and functional test automation. The product comes with a 30-day trial period, allowing QA Engineers to test different mobile applications including Windows Apps and native Android/iOS apps. 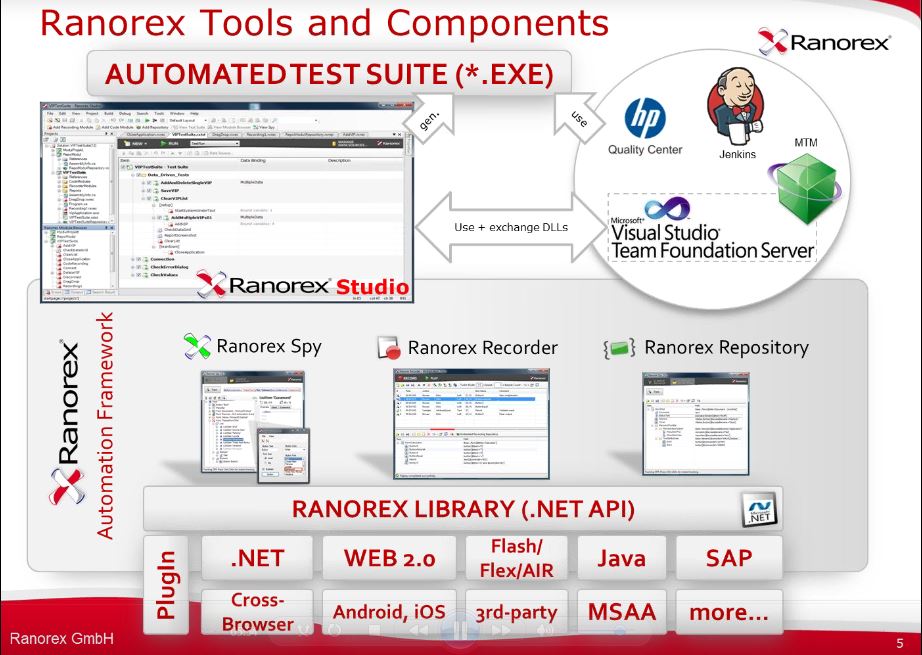 The extensive Ranorex Library modeled on the .NET framework is the bedrock of the widely popular Ranorex automation tool. C# and VB.NET user codes can be generated from recorded test cases. The test cases can be written without writing any line of code. It simulates the user actions by the record and replay tool into recording modules. It uses Xpath technology for the identification of objects.

The Ranorex API activates appropriate plug-ins depending on the platform. Ranorex Automation tool is supported on:

Popular Ranorex tools like Recorder, Repository and Spy are available under the fully integrated test development environment called Ranorex Studio. Here is an introduction to the layout of Ranorex Studio: https://www.ranorex.com/support/user-guide-20/ranorex-studio-the-layout.html

Ranorex Recorder
This tool lets you record test cases by recording and playing back a user’s actions as they navigate through the mobile application during the testing process.

In the recording mode, as the user browses the application, the recorder records the actions in the action table, which can also be changed manually later on. It offers validation mode during the recording sessions to validate text and images. Recorded actions and their associated UI elements are saved as individual items and therefore can be easily accessed and edited. Some of the actions that define the test cases are:

Ranorex Spy
UI elements of an application are put through the scanner using a tool called Ranorex Spy. It is a query language which allows the tester to analyze/validate the application so as to identify and filter out various UI elements with ease. Mapping information of these GUI elements is provided by this tool to change the RanoreXPath.

All the UI elements of the application being analyzed can be found under the Ranorex Repository. This tool is part of Ranorex Studio, the test development environment and also integrated with Ranorex Spy and Ranorex Recorder. Logical mapping of these UI elements can then be created using this repository which also helps in segregating test sequence actions and element identifications.

For this, Repository.rxrep file is created for each test project. It is a single point of change how the objects are identified in the project. From this, the user interface elements can be highlighted on the mobile device for more clarity. We can create different repositories for different test cases. The elements in the repository are mapped to the ‘Repository Element’ column in the Action table.

Android Automation
The automation tool requires a Ranorex Services .apk to be installed on the device under test. The tool instruments the application while deploying on the device. QA Engineers can follow these steps to connect Android phones with Windows machines:

Observations while analyzing the software 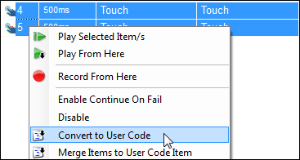 20. The software specifically has no commands that simulates:

21. The software works efficiently on the following user interface controls:

23. Gestures like Swing, Scroll, Drag/Drop : These gestures can be automated. These are defined by ‘Touch Action’ ‘Touch Start‘, ‘Touch Move‘, ‘Touch End‘ action.

24. UI Automation: The automation tool can test the placement and the alignment of user interface elements. There are several ways to do this. It can be done either image-based (so on the base of screenshots), or on the base of the object’s position using the “screenRectangle” property of a repository element: