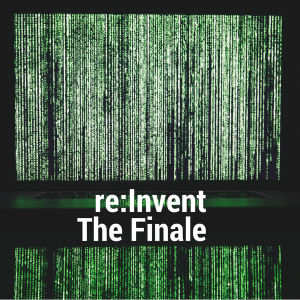 Re:Invent is over and man, that was a lot of content. Now that we’ve had a few days to marinate on it, let’s break down a bit of the conference by the numbers:

The Thursday keynote was a great change in tone from the Wednesday one. I like that Werner Vogels’ speech wasn’t centered on announcements like those from the previous days. I also liked that it was a retrospective – he looked back at his first re:Invent speech, reviewed what has been done, and looked at what architecting on AWS will look like, with a particular emphasis on AWS’s Well Architected Framework.

There were still a few announcements made, most notably Alexa for work, Cloud9 IDE, and a deceptively powerful announcement on internal endpoints for API gateway. Previously, if you were calling one API from the backing of another (e.g. Lambda), the traffic would route through the public internet, which significantly hampered the adoption of microservices and serverless solutions. Finally.

It was an intense week. I felt that attending the sessions back-to-back and deeply immersing myself in all things cloud, all day really focused my attention and allowed me to absorb the material far more than if I sat at home and watched the breakout sessions on YouTube. Additionally, the workshops and chalk talks, which aren’t a great fit for YouTube, provided substantially increased value – not only for the material and presenters, but for the opportunity to get into deeper conversations with other practitioners who are also working with this ever-changing landscape of AWS capabilities.

The overall experience was good, but I could see some areas for improvement. I had heard that the number of attendees ranged from 40k to 60k, which was an increase from the 22k of last year. This, by far, was the biggest challenge – there was an ever-present ‘sea of humanity’ that consistently crowded venues, stuffed on shuttles, and had standby lines at sessions that were measured in dozens. AWS knew the session count, and should have planned accordingly in limiting the total number of tickets sold. Lastly, the physical distance between the venues made the entire headcount issue worse. Taking an hour to go between locations, and being either too late to attend a reserved session, or not even coming close to making the walkup cutoff point was a consistent call of frustration I held and heard from many other attendees.

Despite all those issues, I do have to give credit where credit is due – the logistical effort needed to pull this event off is enough to stop a herd of oxen in their tracks. There were literally thousands of temporary workers spread throughout the casinos to ensure that everyone got to where they wanted and needed to go. Additionally, even more temp workers were stationed throughout the Las Vegas strip to guide attendees between venues; they were all wearing highly visible shirts and sometimes had flags on their backs for easy visibility in the throngs of people. There were also a lot of police officers ensuring the shuttle buses could exit the casinos.

I think that if AWS keeps the same format and attendee scale next year, I might pass on the experience and send someone in my place. It’s kind of like watching the 4th of July fireworks on the National Mall in Washington DC. It is something you should absolutely do if you can, but once it’s done, the allure of it is lessened. If they cut the ticket count substantially, or co-located the sessions in one location, or made the venues much closer, I would consider it. Throw in a closer location – my dream is a split East Coast/West Coast re:Invent that would make it much easier for many people to attend – so a smaller number per coast could work and make the entire experience much more manageable. Overall, though, I thoroughly enjoyed my experience at AWS re:Invent over the past week.

Thanks for reading my ramblings here on the blog, and on Twitter at @MrDanGreene throughout this week. I hope that it gave a product-centric perspective on all the exciting and interesting things that AWS brings to bear on your world.