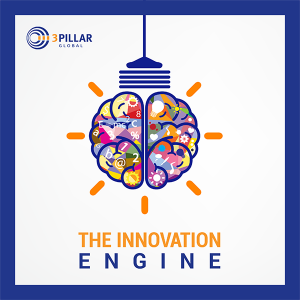 3Pillar Global’s Dan Greene, Chris Graham, and Sayantam Dey join us on this episode of The Innovation Engine podcast to talk about the present and future of real-time analytics and data visualization. We’ll take a look at a tool – built by a 3Pillar team as a proof of concept for a major public television network – for digesting vast quantities of streaming video analytics data and for visualizing that data in a meaningful way. We talk about the motivation behind the tool’s creation as well as other potential applications for the data visualization aspect of the tool.

Dan Greene is the Director of Architecture at 3Pillar Global. He has 18 years of software design and development experience, with software and product architecture expertise in areas including eCommerce, Geospatial Analysis, SOA architecture, Big Data, and Cloud Computing.

Chris Graham leads the Media & Entertainment vertical at 3Pillar Global. He works with clients cross the Media and Entertainment space including Broadcast Media, Online Media, and Publications and Newspapers.

Sayantam Dey is the Director of 3Pillar’s Advanced Technology Group. He has been with 3Pillar for a decade, delivering enterprise products and building frameworks for accelerated software development and testing in various technologies. His current areas of interest are data analytics, messaging systems, and cloud services.

Interested in hearing the episode? Tune in via the SoundCloud embed below to look into the future of streaming analytics and data visualization.

If you’re interested in hearing additional episodes, you can download and subscribe to The Innovation Engine on iTunes, Stitcher Radio, and SoundCloud. You can also download the podcast’s dedicated iOS app from the iTunes App Store.