Paving the Path for DevOps Adoption

One of the top reasons DevOps initiatives fail isn’t skill or access to technology, it’s the inability to embrace major cultural changes. In fact, up to 75% of DevOps failures have people and processes to blame.

DevOps adoption depends on a deep commitment by everyone from the C-Suite down to the most junior developers, more so than other methodologies or platforms.

As such, organizations looking toward DevOps as a time-saving solution that offers agile software delivery and faster time-to-market, must be prepared to rewrite internal processes, re-train the entire team, and act as a champion for change.

Employees and even executives fail to get on board with the culture-shift required for successful DevOps adoption for all sorts of reasons. Many admit that technology and business initiatives are a higher priority than DevOps’ fast-paced collaborative culture.

Others point to a lack of resources or guidance to support them as they make the transition. In other words, some employees are eager to embrace change, but don’t know where to begin.

And then, there are others who just don’t see the point in making such a drastic change. These are the people that will insist, “things are just fine the way they are.”

What Is Most Important for a Successful DevOps Transition? Buy-in from the C-Suite.

Only when the C-suite buys into the value of DevOps implementation is it possible to achieve true adoption. From a corporate perspective, making the decision to try DevOps in their organization is no small decision.

While the last step in that process is complete adoption, there are several things that must happen on that path to DevOps implementation.

The last step along this path will be adoption, but it will be adoption by a large number of participants across multiple departments and lines-of-business within the enterprise.

Keep in mind, the challenges created by adoption of DevOps grow in proportion to the size of the community. Meaning, larger organizations will need to have multiple leaders driving change across multiple functions and departments.

You start at an advantage. Most users want to see their IT projects completed faster, and then want remediation, patches, and upgrades achieved even faster than that. When you can demonstrate that DevOps results in both of these, you are much closer to enthusiastic adoption than ever.

According to a recent study published by the Harvard Business Review, 86% of respondents said that being able build and deploy software quickly is important to their organization. Yet, of those same respondents, only 10% reported having a successful DevOps culture in place.

Culture is by far the hardest thing to change in any organization. It’s not something you can request via email, assign, or demand. Leaders face the enormous challenge of convincing their teams that they want to change.

Leaders need to frame the initiative as an opportunity to innovate, do more meaningful work, and even increase job satisfaction. This means providing evidence, demonstrating value in a tangible way, and creating a supportive culture where teams celebrate wins and help each other reach milestones.

Just about everyone in the organization will need to be reached and persuaded to alter their paradigm and accept a new culture of continuous improvement through continuous development, rapid feedback cycles, constant upgrades, and more.

DevOps hinges on flexibility, transparency, and a growth mindset. It’s an iterative process, where each cycle improves upon the last and lays the foundation for the next. For the organization, continuous improvement leads to better customer experiences and more profit. And for the employees, it presents an opportunity to keep developing their skills, something that they can take with them no matter where their career leads.

Analytics, rather than human proposals, will serve as the basis for adopting new initiatives like automating a specific process. While analytics can be intimidating for employees, at least where their performance is concerned, it’s important to note that they also serve as evidence that the new strategy is, in fact, worth the effort.

Overcoming Inertia, One of the Biggest DevOps Adoption Challenges

Some people resist change because of the amount of work involved. Others outright fear it. Reimagining processes, restructuring teams, and tearing down silos might be positive things, but that language can cause employees to worry if their jobs are at stake.

It’s worth noting, too, that DevOps benefits from the use of Artificial Intelligence (AI). There are few things many team members fear more. Implementing DevOps requires new tools, techniques, and infrastructure which disrupt existing investments and require retraining.

Perhaps the most vivid example of resistance to change will come from the adoption of applications built using microservices in containers, which is required for the success of DevOps as it delivers a superior ability to iterate improvements.

Those employees who have grown accustomed to monolithic applications might not readily embrace the benefits of the transition, instead focusing on the uncertainty.

As you consider how you’ll win over the most resistant team members, don’t underestimate the passion some people have for maintaining the status quo. Many of these will be at management levels that can blockade their entire team, keeping them happily in their own silo.

Treat their fears and skepticism with compassion and work to provide them with evidence of positive gains. While doubters require some extra support, spending some time to prove the worth of this initiative will pay off.

One of the key reasons DevOps was developed in the first place was to overcome the traditional friction between developers and operators of software.

Traditionally, neither has considered the other’s requirements when doing their job, which leads to endless rework, frustration, and resentment. For example, developers often assume that the resources needed to run their software will be available. Operators are then taken by surprise and must scramble to provide those resources.

The result is, both teams work harder than they need to thanks to departmental barriers and there’s no shared sense of ownership. DevOps adoption stands to remove these long standing barriers to success so the whole organization wins.

The fact that you are properly proceeding gradually as you roll out DevOps will almost inadvertently upset some people. They want to see immediate improvement, but now have to wait until the DevOps deployment team gets around to them.

The fact that applications must be evaluated before they are improved will frustrate many, driving them to attempt to alter the DevOps leaders’ priorities. Anticipate friction.

Traditionally, companies have responded to IT problems by “throwing more infrastructure at it.” But that only makes IT operations more expensive and less effective.

DevOps leverages procedural and process changes to create new efficiencies, economies of scale, and improved performance. That process requires the modernization and optimization of multiple systems to enable constant development and constant improvement.

When users participate and feel a sense of ownership of DevOps implementation, they almost automatically adopt. 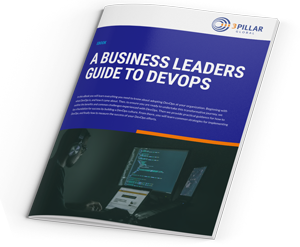