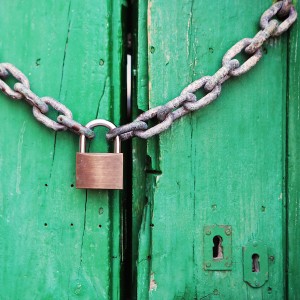 In today’s fast paced global economy that depends majorly on data and information, ensuring the security of IT assets has become paramount. Based on recent research by CompTia, 28% of today’s businesses list security as a highly important factor, a number that is predicted to increase within the next two years. The study also claims that many companies that believe they are sufficiently secure are actually potentially vulnerable to major security threats emerging with new technologies. These rising threats are encouraging businesses to adopt new approaches to address these changing security needs. In another survey done by Gartner, research indicates that mobile is now a rule, not an exception, for most of the companies.

So what is making mobile security paramount?

15 years ago, there were only a limited number of company devices used for accessing company emails and other company applications, which were pretty much locked down. This means that the attack surface was quite limited.

Today, the devices connecting to companies are based on multiple OSs with highly rich functions. This makes the attack surface hard to manage in terms of predicting how to use these devices, so assuming the application of common practices will always work becomes a big concern.

As we go forward, minimum IT policy control will become the norm because there will be so many non-company devices. Also, the emergence of the Internet of Things will guarantee that everything bought in the future will have some kind of microprocessor in it, as well as be network addressable.. This will further enhance the attack surface, which will leave our IT assets more vulnerable to security threats such as an advanced persistent threat and malware defenses. This write-up deliberates upon six proactive industry practices and guidelines which can make an organization’s IT assets secured enough so that such vulnerabilities don’t happen in the first place.

Most system failures happen due to a lack of proper patching. Here are some statistics from researchers, which describe quite interesting facts about some common vulnerabilities faced by organizations:

The most interesting observations from the above statistic are:

Furthermore, if an organization supports BYOD and loses control on performing standard maintenance, then the problem gets worse because they are inviting more attack sources without much prevention. To avoid this risk, make sure all of the systems are up-to-date, including the servers inside the company, laptops, desktops, and mobile devices. Smaller mobile devices come with a variety of operating systems, firmware, etc.; considering this, organizations should ideally allow only those mobile devices for which patches can be maintained.

Having a vulnerability management program (such as QualysGuard), organizations can protect themselves from Heartbleed-type vulnerabilities and take a reactive approach to mitigate risks as they exist in their environment.

2. Anticipate and allow only a limited fragmentation of OS in order to reduce maintenance complexity

It is nearly impossible to maintain patches for all of the mobile models given the variety of operating systems available in the world. Let’s analyze OS fragmentation between Apple iOS and Android, as published by Gartner.

There are more than 24,000 versions of Android devices in the market; this is because each version of these smartphones (such as Samsung Galaxy S3, S4, etc.) has various carriers, and each carrier modifies the firmware, startup dialog, default setting, etc. of the mobile devices. Even Google-certified devices are not guaranteed to be secure because Google doesn’t certify that encryption is in place. Apple, on the other hand, keeps iOS from becoming so fragmented. Considering this, organizations should allow only a limited number of Android-based devices for a BYOD program, which can be patched. By having such a policy, the complexity to maintain patches for different versions of Operating Systems would reduce substantially.

The majority (mostly 80%) of the risks are due to very few issues, which was drawn by the information discovered by the following research reports:

Through the Pareto analysis, we can find out the key issues that can trigger potential risk.

This Pareto analysis is most beneficial when applied on the right parameters. The following statistics describe the two types (Tickets per month & Cost to close) of analysis done on a company’s ticket data.

Ticket per Month vs. Cost to Close (Source: Gartner)

According to the left hand chart, “Company built apps,” “OS & Patch,” and “Microsoft Office” appear to be the most critical because the highest percentages of tickets belong to these ticket buckets. However, the second analysis, done on same data but with a different parameter—cost to resolve the tickets—found that tickets belonging to BYOD issues and OS and patches are the most expensive to fix and thus should be given more attention. So although companies build apps, tickets are still the numbered majority; however, they are quite easy to fix and do not require much effort.

So by applying this Pareto analysis, we can identify the most concerning factors and control them on priority.

4. Handle BYOD carefully; policies for BYOD should be in place even though it is not intended

A company should never ignore BYOD, even if they do not officially support it. Mostly companies expose their exchange or internal applications via the Internet; in such cases, users may practice BYOD without employer knowledge and/or without any rules, which increases the attack surface. As a solution, companies can restrict the access of applications by issuing security certificates to the intended users. By doing this, if any employee/user loses the device or sells it, they can inform the company and the certificate can be disabled.

Governance reviews and assessments are essential to measure and define the operational efficiency of the IT operations, as well as to find out the gaps that need to be fixed. Popular research companies such as Gartner and OWASP offer security matrices to perform security assessments and to identify the IT security maturity level of the companies.

IT Score is a popular assessment matrix from Gartner that helps organizations to identify risks and measure and understand their company’s mobile security program maturity. For example, in the Spider charts below, the chart on the left indicates a company’s present score, while the chart on the right indicates what should be the ideal score for the company.

This kind of assessment from a third party can also help to identify the right parameter for performing the Pareto analysis.

6. Define common security policies for all types of devices

Due to the emergence of a variety of devices that can access a company’s confidential information, it is essential to implement common security policies for each type of device. A few of the common rules are:

a. PIN requirement for all devices: In the Healthcare industry, HIPPA policies require PIN security features to be implemented on all devices that could potentially hold any type of electronic patient health information.

b. No jail break rule: Do not give access to the core functions of the phone, such as the root for Android.

c. Mandatory security certificate to access applications: Applications should be made accessible only via certificates, regardless of device-type.

e. Remove users who move to non-prescribed device models and OSs or who install insecure applications: Most malware comes into mobiles if they are accessed from non-prescribed locations (such as from outside Google store or Apple store), so if users install applications from these sources then the certificate should be disabled.

f. Perform security testing: Perform both SAST and DAST (Static and Dynamic security testing) to capture maximum vulnerabilities in applications both from inside and outside.

g. Ensure API Security: In order to comply with stringent enterprise and government mandates, it is essential to perform API Security.

h. Adhere to standard programming practices: A few such practices are:

The most precious asset of any organization is reputation, and security is the most important goal. This can be achieved only by having standard security policies in place; however, even the best security policy is useless if end users fail to or refuse to adhere to the policy.

Vikas Hajela is a Technical Manager for 3Pillar Global and has 14+ years of experience in the IT Services industry. He has been involved in the delivery of IT Strategies, Solution Architectures, Mission Critical and High-Visibility Applications, Enterprise SOA and Integrations, and Application Security Implementations, among others. He has also consulted customers on Application Security, Portals, Content Management, and Cloud Integration. Vikas has a passion for identifying the needs of the Enterprise in context of the larger strategy and ecosystem, and spearheading solutions that are holistic and leverage a broad multidisciplinary approach. He delights in designing solutions that balance the tactical needs of the project with the long term benefits to the enterprise.