How Can Bots Understand Natural Language? 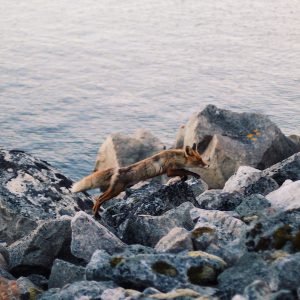 I picked up on a conversation between Alice and Bob that went like this:

This is a pretty silly conversation for two humans to engage in. But what if Bob were a chat bot? The conversation suddenly becomes a lot more interesting. How does the bot answer the questions? It is able to answer the questions by recognizing the patterns in the statement and the questions. It is able to recognize the patterns because it was trained by metadata tags – called “annotations” – that marked these patterns. In this post, we will examine some common annotations. We need a natural language analysis tool to examine the annotations applied to a sentence, so we will use the Stanford CoreNLP suite for this purpose.

A POS tagger annotates each word in a sentence with its part of speech (noun, verb, adjective, and others).

“The quick brown fox jumped over the lazy dog”

Typically, the tags are at a more granular level such as VBD – verb determinant. The full list and meaning of the tags can be found in the Penn Treebank POS tag reference.

This system is incredibly useful in identifying what a question might intend to ask. Let’s look at the POS tags for the question “Who jumped over the dog?”

Do you see a pattern? Look at how jumped/VBD and dog/NN are in both the statement and the question. The bot can see this pattern too, therefore it knows you are asking it something about jumping and dogs.

Dependency parsing generates dependencies between the different parts of speech in a sentence.

“The quick brown fox jumped over the lazy dog.”

The relationships are labelled using syntactic functions. For example, “brown” is an adjective that modifies “fox.”

“Who jumped over the dog?”

“What was the color of the fox?”

The interesting relationship in the statement and question is shown through ‘”brown,” “amod,” “fox” and “color,” “nmod,” “fox.” Like before, we can substitute “color” with “brown” and have the answer.

Named Entity Recognition (NER) is the analysis of words or phrases that identify an entity like a person, organization, place, time, or currency. A corpus needs to be trained to identify an entity and a model may identify other entities or a subset of the ones mentioned here.

“I need a ticket to New York.”

“Give me twenty dollars.”

“I have a ten year old daughter.”

This is a powerful technique for Bots to understand the context and intent. However, both the training data and training time are substantive.

I have covered the basic annotations in this post that can help uncover patterns from a knowledge base of statements and related questions. There are more annotations that build on these annotations. If you want to learn more about how we are using Bots that understand natural language, get in touch!