Understanding the Data in Data Science

The most time-consuming aspect of any data science project is the transformation of data to a format that an analyst can use to build models. This is more critical for parametric models, which assume known distributions in the data. However, even before you begin to transform the data, you need to understand it.

What does it mean to “understand” data? The objectives of data understanding are:

In this post, I will explain each of these objectives.

For starters, you must know the variables in the data. A variable consists of two parts – the label and the data type. Data types can be numeric (integers, real numbers) or strings. The data type can sometimes be tricky; for example, US postal codes are numeric but need to be treated as strings. Once the labels and data types are known, you can group attributes into two kinds for modeling:

The mean (µ) is a measure of central tendency of a distribution or discrete set of numbers. In the latter case, it is the sum of all values divided by the count of values. The mean is a good measure of the central tendency when the distribution is normal or uniform, but this is not true of all cases. The mean by itself is a misleading statistic as it gets distorted by very low or very high values (outliers) and should be reported with the standard deviation. 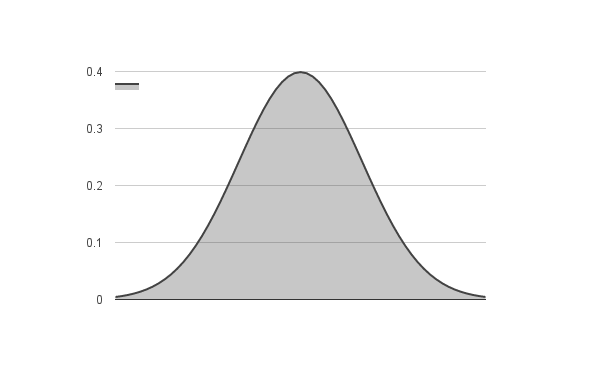 Normal distribution with = 0 and =1 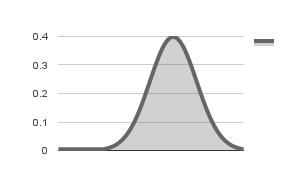 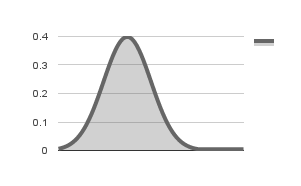 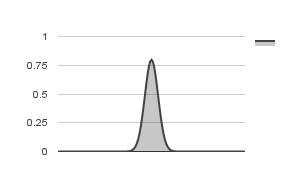 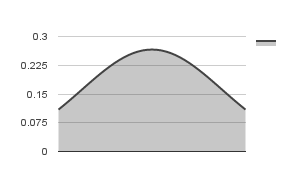 If, after an examination of a variable for known distributions, the variable does not satisfactorily fit any distribution, it is necessary to look at rank-ordered statistics.

The measures we’ve seen so far are heavily influenced by the presence of large outliers. Rank ordered statistics overcome this issue. If the variable is sorted and associated with a percentile rank, insights can be gained regardless of distribution shape. The most common rank ordered statistics are:

The Inter Quartile Range (IQR) is the difference between the 75th and 25th percentile values. A larger IQR indicates more variation in the data. This is a robust statistic that is not affected by large outliers. It can be used in lieu of standard deviation for distributions that are not normal.

Visualization of a variable helps in obtaining insights into the distribution of the data. The two common visualizations for single variables are a histogram and a box plot. 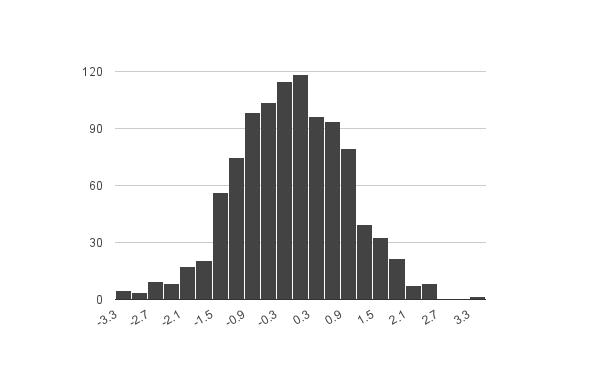 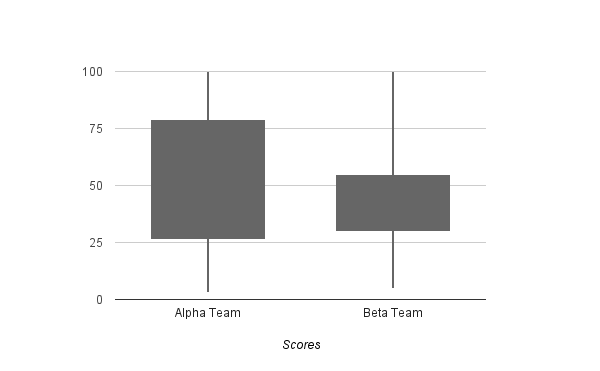 This is a box plot of the test scores of two teams (Alpha and Beta). The IQR for the Alpha team is much higher, which indicates a large variation in the test scores, versus the Beta team. The y-axis is the percentile range.

I have not talked about fixing outliers in this post, but only detecting their presence. Additionally, there are other statistics (like correlation and covariance) that come into play when you consider multiple variables. Such topics deserve posts of their own and will be covered in the future. I hope this post enables you to begin your data exploration one variable at a time.