SXSW 2013: “The Best Interface is No Interface” 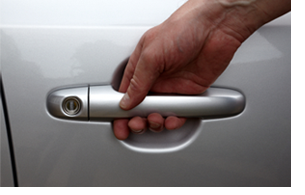 Austin, Texas’ SXSW festival is generally known as a cutting edge scene for the music industry. However, the first half of the gathering is an interactive industry event with startups, NASA, internet memes and cutting-edge technologies vying for the attention of the audience.

One of the highlights of SXSW was Golden Krishna’s presentation titled “The Best Interface is No Interface.” Krishna’s argument throughout the well-planned talk was that companies are relying too heavily on interfaces that do not solve actual problems. Instead, software should leverage the power of computing, sensors and systems to follow the flow of the user, not the device. His manifesto is based on three principles: 1. Eliminate interfaces to embrace natural processes, 2. Leverage computers instead of catering to them and 3. Create a system that adapts for people.

His golden example of no UI was the investment and creation of several apps by different car companies that allowed owners to unlock their vehicles via their smartphone. At face value the product seems like it could have some value because we constantly use our devices: “I can open my car via my phone!” However, a person would have to go through no less than 13 steps before being able to actually open their car door. Whereas, vehicle owners usually go through only three steps: 1. Pull key out, 2. Enter key, and 3. Open door. It is worth noting that Golden Krishna’s presentation was not about getting rid of interfaces for devices; users will always need the freedom to control the product within certain constraints. Krishna also is sure to highlight products that are innovative without an obtrusive interface such as Mercedes-Benz’ keyless entry developed in 1999 (embedded below).

When deciding to pursue a product, enterprises must begin to brainstorm and critically think about how to leverage sensors and systems that delve deep into the behaviors of their users. 3Pillar Global’s UX team can help your company research and understand the obstacles that your users encounter and design solutions that take those factors into account. Solving common problems leads to innovative solutions that create returns on investment.