The Perfecto MobileCloud is a completely web based Software as a Service (SaaS) platform that allows mobile application developers and QA Engineers  to work with services like advanced automation, monitoring and testing services. It is the right tool in the hands of a mobile app tester to automate testing for mobile phone devices connected with diverse mobile networks spread across different geo-locations.

The automated testing is done using an intuitive web-based user interface design, which allows the creation of tests scripts which are easy to generate and easy to use with no coding involved at all. The commands comprising the scripts are readily available on the websites in the form of widgets. Test developers just need to click on the commands to add to the scripts and define its properties in the user interface. Keyword based Script Once technology enables QA Engineers to create test scripts. Perfecto Mobile testing tool works on image or text recognition. The generation of these scripts can be watched in the following videos.

Test developers can easily install third Party applications or APK files on the remote devices using their Install widget. Upon deployment, the application will be visible in the Application list of the device.

The automation tools work on the basis of OCR based text and image recognition mechanism. This enables the tool to analyze and test the applications's user interface without any limitation. From native apps, web based apps, or hybrid apps tools it can test anything. As far as Flash content is considered, the sales team are not sure whether the tools can test this or not.

For both the tools, there exists technical support if we require them.

Perfecto Mobile Cloud provides a Hybrid objects approach, which consists of both Visual (OCR) based objects and native objects for iOS/Android applications, as well as native DOM objects for Web/Hybrid based applications. It offers both HP UFT or a native automation framework, an object spy tool which allows easy object filtering and identification and easy scripting.

They also provide 3 different cloud based deployment options as part of their offering:
Public cloud, Private cloud (either hosted or on-premise) and Local solution (within the customer local LAN network) - called MobileCloud Express.

Early in the mobile app development process it usually makes sense to conduct manual testing while the test strategy is being refined. Then once the testing processes are standardized, automated testing starts to deliver significant benefits.

The user license with Perfecto Mobile offers these variations:

1. Perfecto Mobile Cloud Interactive
Using Perfecto MobileCloud Interactive services, a user can quite easily test websites, services or mobile applications even manually. They can hold the device in their hands and perform testing on multitude of mobile handsets and devices  connected to live networks using the web. The devices operates seamlessly in all the major mobile networks across various countries. It has active mobile data plans and enables you to make/receive calls, send/accept messages, install your apps and browse the Internet. The free trial for this can be taken up for 1 hour. You can take view of how to interact with the devices: 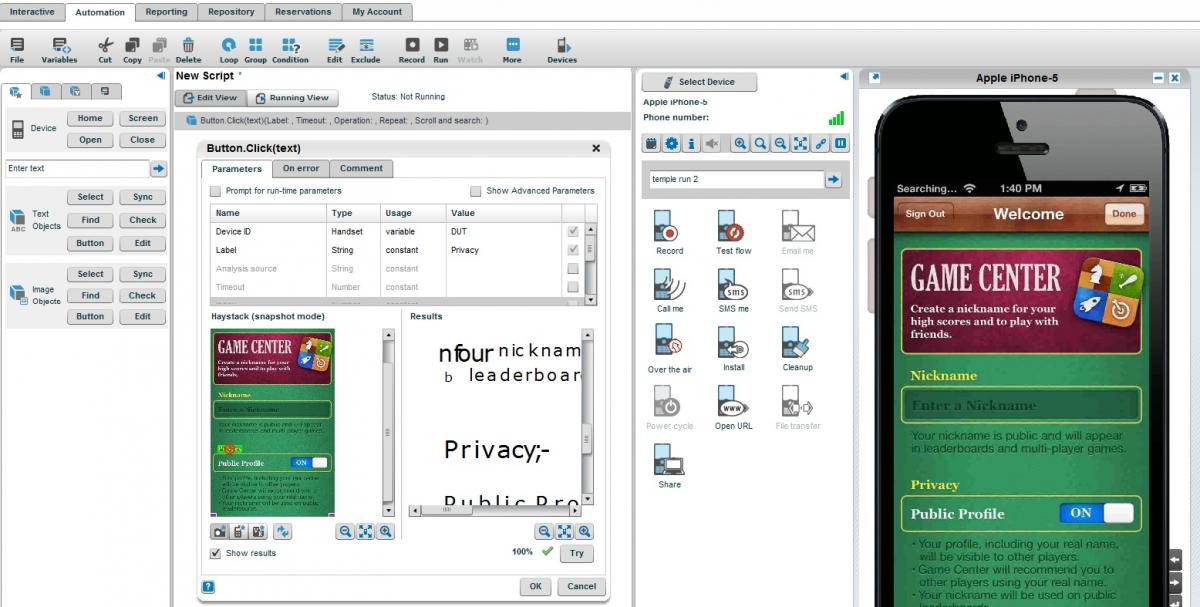 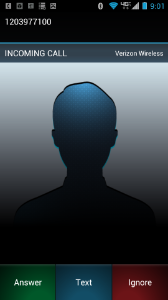 Although mobile automation tool would not eradicate the manual testing process, there exists few reasons to automate testing of smartphones native applications:

Following are the mobile phone functionalities which were tested on Android phones while creating the automated test scripts:

1. User Interface controls and actions performed on them:

2. Automated Scrolling of the Webview or Listview UI component and performing the actions mentioned in the Test Script.

4. Validates and verifies the text anywhere in the application including Alert dialogs/Activities/other UI components and compares with the expected string value.

6. Search mechanism can be implemented in the current screen of the application. The tool can search for an image or texts mentioned in the test script in the displayed Activity of the application and can perform the actions on them.

7. Wait mechanism can be implemented in the test script. This can be for a specified period of time (let’s say 15 seconds) or until that a Text/Image appears on the screen (Text Sync, Image Sync, and Image Checkpoint).

9. Conditional testing on actions can be implemented. Based on state of the variable/application/UI component, further testing can be chosen. If/ Else commands can be added.

10. Looping command can be added in the test script. A set of actions can be executed in loops.

11. Reports can be generated in various formats like HTML, XML, PDF etc. These reports can be downloaded or saved for future reference. The test execution can be recorded and played afterwards. These can also be shared on mails in the form of videos.

12. Maintains repository online which is helpful in storing Images/Scripts/XML etc. for easy retrieval.

14. Automated Launch/Close/Install/Uninstall of a particular application can be done.

15. Script Actions can be commented or excluded for later execution.

16. Camera on mobiles is accessible but taking a snapshot from it is not useful.

19. Data driven testing can be done. The tool supports creation of database online or import the database from local drive.

Web browser controls and actions performed on them:

2.    Selecting address bar of the browser

3.    Navigating to a particular browser

8.    Moving Back and forward on web browser

9.    Handling the alert shown in between. Selecting Ok /Cancel on Alert.

A robust software testing methodology must weigh the pros and cons of going ahead with a mobile automation approach. Many a times, creation of auto tests can be a time consuming exercise in comparison to the traditional approach of manual mobile testing. For Quality Assurance Software Engineers, it is the flexibility and convenience of analyzing results that often sways the balance in the favor of mobile automated testing.