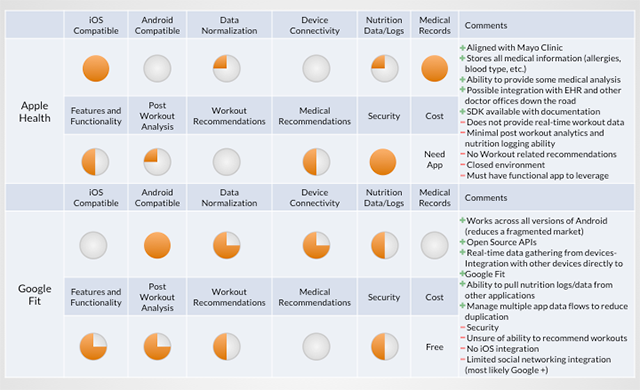 Google Fit seems to be focused on providing a low barrier to entry ecosystem for fitness device manufacturers to address the needs of the current social exerciser – someone that works out between 2 and 4 times a week.