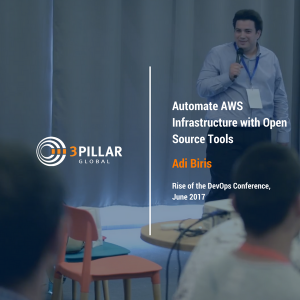 For the past five years, Adi has been one of the DevOps/SRE working at 3Pillar Global. His career has taken him through different working environments, ISP, corporate and software development. His main focus now is cloud infrastructure, particularly AWS.

Check out the full video of Adi’s presentation below: