If your software team struggles with completing application testing processes efficiently, a good place to start is your testing and QA strategy. An effective strategy includes triaging defects and segmenting them by category type, priority and severity. The functional testing strategy should also consider the entire defect life cycle.

Other important components include non-functional testing on application stress, performance, and user acceptance. High-performing software test teams also implement automation strategies and rely on multiple test-management systems. Those that excel cover most all of the code across their automated regression testing suites.

As you begin to round out the rest of your testing and QA strategy, here are six best practices to help direct your journey:

Testing application security and application performance requires two distinct sets of skills, particularly as new security threats and new application technologies evolve. Trying to keep on top of both areas will dilute the capabilities of your individual team members. You want both to be as sharp as possible.

2. Talk to End-Users and Simulate Their Environment:

It’s a good idea for testers to meet directly with end-users, whether they are internal to the company or external customers. Uncover the issues they run into when using the software and the features they would like to see added. That will help the team conduct testing from the end-user perspective, and that’s what counts most. When it comes time to test in production, create test accounts in your production systems so you can simulate end-user experiences.

To avoid developers and QA teams experiencing different application performance results, make sure the QA environment mimics the development environment. Then, as builds move through the development pipeline, test the code under production conditions that simulate customer environments—as noted in best practice #2.

Since you can’t test everything, prioritize based on where significant code changes have been made— particularly to fix bugs and in parts of the application that are used heavily. Consider using automation tests for anything that was left untouched and was known to work in the last release.

5. Use a Two-Tier Test Automation Approach:

First, run quick sanity checks on each commit to the source code in order to quickly validate changes. You can then run more extensive regression testing at night. This way, you can provide immediate feedback to developers while they are still focused on that portion of the code.

Run a regression cycle in the final phase of stabilization to trigger the green light for moving the application into production. Since very little changes in development at this point, you can also validate the entire application.

Finding ways to test better will accelerate the time-to-value of your applications. For example, testing at the API level is faster, generates better reports, and allows the team to test all the logic. Conversely, UI testing is slower, and the team can test only once from all the regressions at the API level. One of our clients used to test APIs with one tool, RESTClient, which took six hours. We changed to WebLOAD and later to REST assured with Java. We could then execute all the tests in 40 minutes and were able to keep the actual results in one file.

Then Leverage Your Teams for Epic Results

As you put your testing and QA strategy into practice, allow your teams to experiment with new technologies and foster a culture of innovation where they can try new ideas. Chances are good your testers will find ways to significantly reduce testing times, which will create more time for either additional testing or other testing tasks. And that ultimately leads to higher-quality software that meets and exceeds the needs of your end-users. 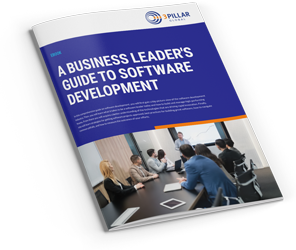